All too often we get swept up in the daydreaming and envisioning of our big goals and then either become overwhelmed at the enormity of the gap between where are now and where we want to be, or… we simply get caught up in the daily busyness and never get around to actioning that next step!

Taking action is a requirement if we want to create change.  Once we’re clear on what we want and are focusing on it, and our old limiting beliefs and inner conflicts are eliminated, there’s nothing left to do except put one foot in front of the other to move toward our goal.  And yet, sometimes we don’t.

Frank was burning the candle at both ends…  He had been working on an entrepreneurial business idea for well over a year.  He had spent countless hours in research and interviews and had met with a number of potential investment partners, two of whom were strong partner material.  However, Frank had neither registered or incorporated a business, entered into a legal partnership, or acquired a lease on the ideal location that he had found months earlier. While consumed with this venture, Frank was working full time as a Senior Manager at a manufacturing company.  Frank had invested time and energy but no money, and his project was going nowhere.

Until we take action, we haven’t fully committed to our goal, and without commitment, it won’t happen.  Action requires spending time, money and energy in some combination (although not necessarily equally) to get closer to the desired outcome.  Committing resources toward our goal says we’re serious and says we’re in with both feet, so until we do, it’s a wish, not a goal.

What do we do when we don’t know what the first step is?  Turn around and do the moon walk!  We backcast from the end goal, to identify each of the steps needed until we arrive back at Now.  The first step is then clear. It’s SO much easier to ask ourselves, “What do I need to do right before I get here?” than it is to ask “What’s the first thing I need to do to get way over there?”

Another way that we can also take action is to set and enforce our personal boundaries.  Boundaries are the physical, emotional and mental limits we establish to protect ourselves from others.  Whenever we feel manipulated, disrespected, drained or that we’re giving away our power, a Personal Boundary needs to be set.

Setting boundaries, learning skills, and moving forward on your decisions are all ways that you can get into action, and create the change you want.

The Wildfire Wisdom blog aims to inspire and motivate readers to take charge of their professional and personal growth, by focusing on emotional wellness, transcending trauma, mental health, and spirituality. 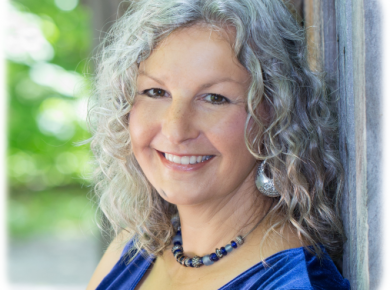 A truth seeker, soul freer, shamanic practitioner, leadership alchemist, nature worshiper, and spiritual catalyst, Sue helps conscious evolvers create more energy and freedom by unleashing their blocked potential, so that they can live and lead in a more authentic and impactful way.

Please log in again. The login page will open in a new tab. After logging in you can close it and return to this page.