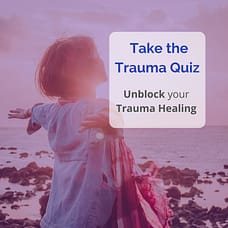 How to Listen with Emotional Mastery

The Choice – Which Door? 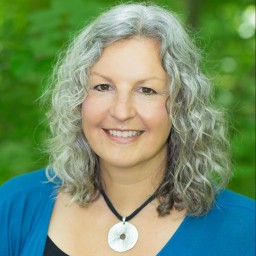 It was not safe when the trauma happened, true. But that was then, and this is now. Yet right now, do you still feel unsafe? You may be trapped in Danger Mode; the fight flight freeze response.

Many successful people who experienced trauma in their past have learned to move on using coping strategies. Thanks to natural instincts and the innate ability of our mind-body to instantly develop these survival strategies, trauma survivors do carry on.

However, most of these coping, or survival, strategies are only useful in the short term; just long enough for the survivor to gain some additional skills, resources, autonomy, and safety. The problem is that once these unconscious strategies are created, they will continue to operate for a lifetime, or until they are changed or stopped at the unconscious level.

The Fight Flight Freeze response is a natural reaction to danger and threats. However, it too is meant to be short term, lasting only until the threat is gone. Once the danger has passed, the body and mind can return to a normal, calm state.

If you were to ask a trauma survivor if this strategy is still running within them, they might well say ‘no’ because a) they’re so used to it, they don’t notice it and b) this strategy is often deeply buried in the unconscious mind, yet still affecting behaviour and physiology.

It’s also common for the Fight or the Flight response to become buried under a Freeze response, because in the traumatic situation, especially in childhood, the instinct to fight or flee was not possible, so Freeze was used instead.

Often after trauma this F3 danger response stays ‘ON’ and continues operating throughout the trauma survivor’s life. They may or may not be aware that they are living their lives on a constant state of danger alert, which can drain their energy and take its toll on the body.

When the F3 response is stuck ‘ON’ and operating 24/7, the mind-body system is constantly trying to execute the response that it wasn’t able to at the time of the trauma: to fight, flee or freeze, or some combination of the three. Some examples of what this might look like are offered below.

Getting the Danger Mode Unstuck

The way to resolve this is to change the mind-body system back to its regular function so that the F3 response is normally ‘OFF’ and only turns on when there is a real danger.

At Wildfire Wisdom we do this using the Trauma AlchemyTM Method, a synthesis of neuro-linguistic programming, memory reconsolidation, neuroplasticity, hypnotherapy and the tools of the unconscious mind. We change the way the past events are coded in the brain so that the unconscious programming stops and the mind-body can respond appropriately to the present, calm circumstances. These are the fastest and most effective tools we know of to resolve and transcend remaining trauma responses and survival strategies.

In the 15+ years I’ve been working with clients to resolve their past trauma, I’ve seen the stuck F3 programming show up in a myriad of ways in people’s lives.

Here is a partial list of ways that being stuck in Danger Mode has shown up in my clients’ lives, either continuously or in high stress situations (diagnoses were reported to me by the client):

While the normal and healthy Fight Flight Freeze response can become stuck in the ‘ON’ position in trauma survivors, it is not necessary for them to continue living this way. With leading-edge mind-body technologies we can safely and rapidly un-hook this old unconscious programming and free the body and mind from the constant, and exhausting, danger mode.

Join my newsletter to be one of the first to access the new Trauma Quiz coming soon.

Are you trapped in Danger Mode? Leave a comment below and let me know how you know!